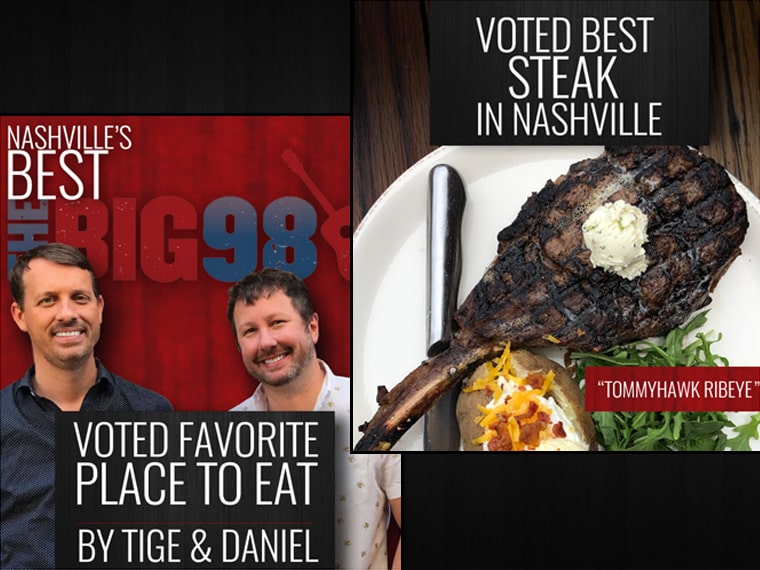 The massive 32-ounce bone-in tomahawk ribeye has been one of the most popular dishes at the restaurant since it’s opening last summer.  Tomasz believes quality and consistency is the reason why the restaurant dishes out more than 250 steaks per day on the weekends.

We eat downtown all of the time,” Tige said. “This steak is one of the best in Nashville.”

Tomasz revealed the secrets behind the consistent quality of what Tige and Daniel have voted “best steak downtown.”

“Of course, we don’t want to reveal secrets,” he said. “But, we will, because honestly it’s simple. Other than the marbling and the aging process we believe in passion, having a good time in the kitchen and maintaining a high standard of quality ingredients. I go to the butchers; I learn about the meat. What the beef was fed and finished on and we discuss aging.”

Tomasz also explained the reasoning behind his nickname, “Chef to the Stars,” which he gained after opening restaurants for Florida Georgia Line, Luke Bryan, and Jason Aldean.

“When I develop a menu, they are absolutely involved,” Tomasz said. “For Jason, we got in the kitchen, I cooked and he (Jason Aldean) tasted.”

What wasn’t a family recipe of Jason’s, was approved and adapted based on Jason’s preferences. Jason’s mother’s handwritten peach cobbler recipe hangs in Tomasz’s office still.

“She tasted it and approved it. We wanted to make it exactly the way she would.”

Time and Daniel host the nationally syndicated Tige and Daniel Show and the “Not Too Good” podcast where they host celebrities and country music icons.

“We like to remind people that we much more than the night life that our locations suggest,” Wosiak said. “Our steaks have gained an excellent reputation along with some of our other menu items.” 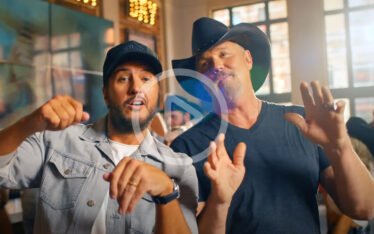 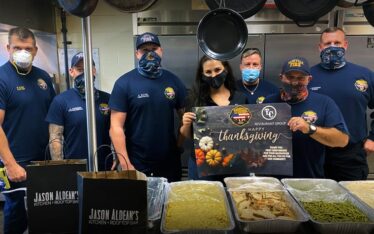 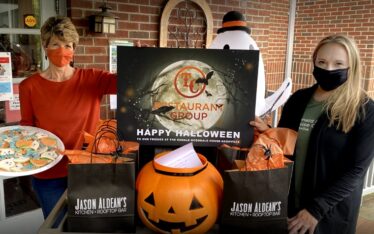